This past Monday almost 500 people participated in the Bean Museum’s Halloween Family Night. The museum was swarming with kids dressed up as lions, dinosaurs, princesses, ladybugs, and even more. Brent, a museum educator dressed up in a suit entirely made of ducked tape, gave awesome live animal shows specifically written for Halloween. He taught everyone about brain coral, snakes, owls, bats. Everyone watching the show got to touch Rosy the live Tarantula. After the show, Tashina told spooky stories about a magical belt that turned humans into foxes and the legend of the werewolf.

The museum also had creepy crafts which were extremely popular. Together families made Halloween masks, black roses, and spider webs. The kids loved the crafts. After hours educators gave tours of the museum in the dark. Each tour guide had a flashlight and told stories about different animals in the museum. There were so many people signed up for the tours that we had to have four groups, each with 20 people! 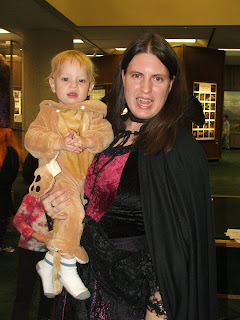 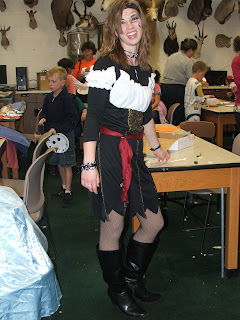 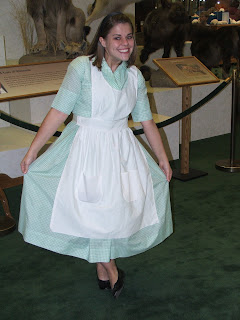 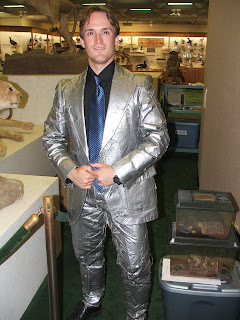 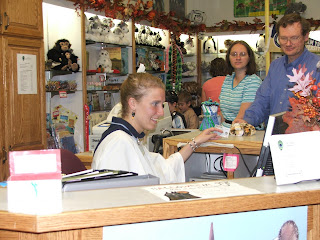 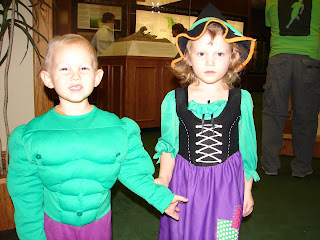 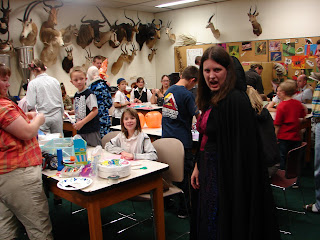 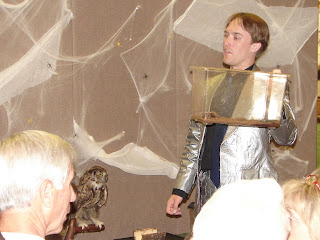 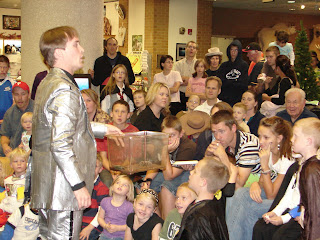 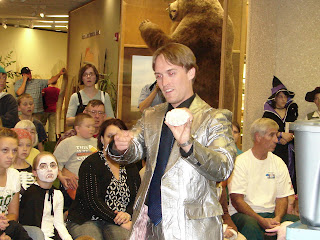 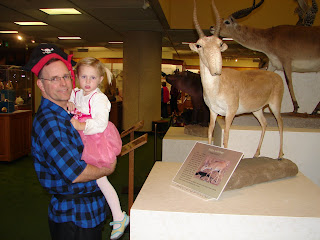 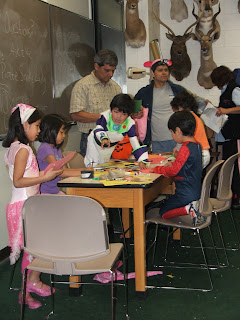 Fun with the Fish Experts 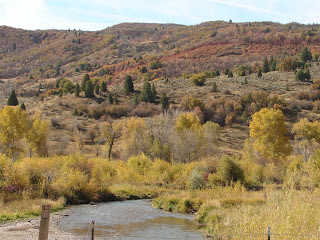 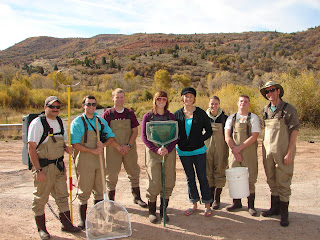 Bright and early Saturday morning (10 am – early for college students) five University biology students and I (Kortni – a Museum Educator) gathered at the Bean Museum for a Nature Experienceship. The fish experts (Peter, Josh, and Justin) took us up Spanish Fork Canyon to search for different species of Utah fish.

Here are the basic steps to finding fish with fish experts


The whole experienceship was pretty amazing. The weather was great; the fish experts were hilarious; and all of the students seem to enjoy touching with stunned fish. 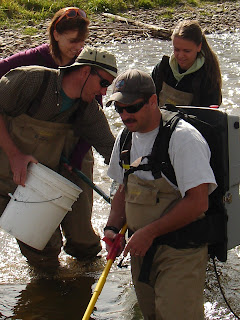 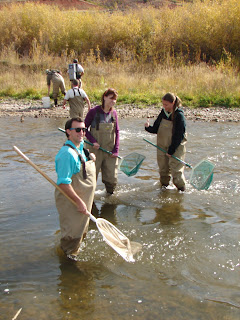 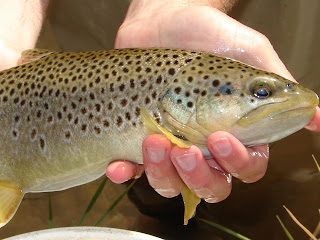 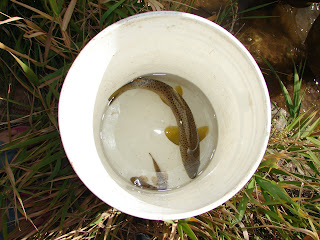 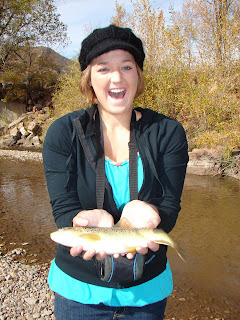 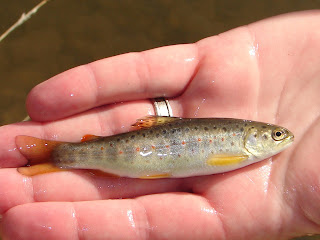 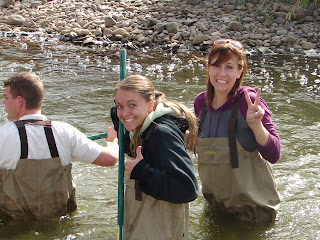 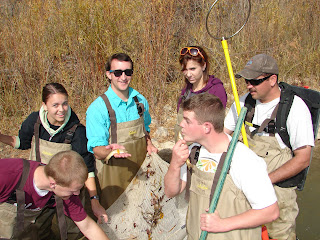 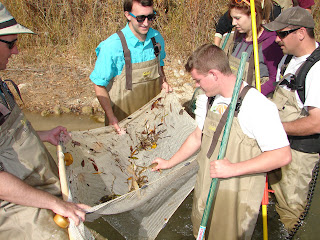 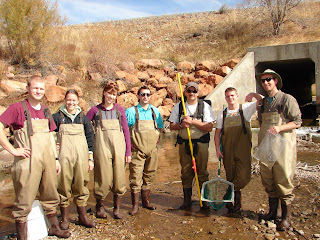 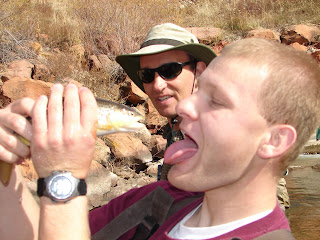 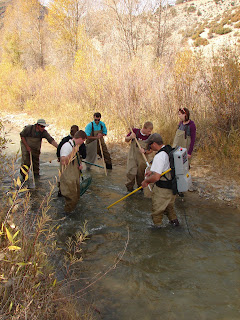 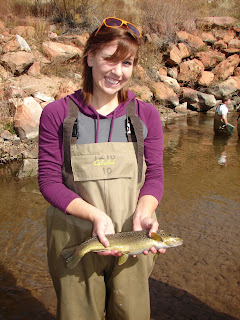 Posted by beanwebmaster at 1:24 PM No comments: