On Saturday, September 22nd, we had the fantastic opportunity to go and collect insects with Dr. Shawn Clark, the manager of the Bean Museum’s collection of arachnids and insects. While we waited for it to warm up enough to go collecting, Dr. Clark gave everyone a special look inside the museum’s research collections. Dr. Clark explained that the collecting started with one of BYU’s first research expeditions in the early 1900s. 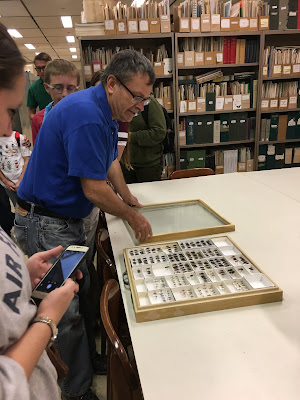 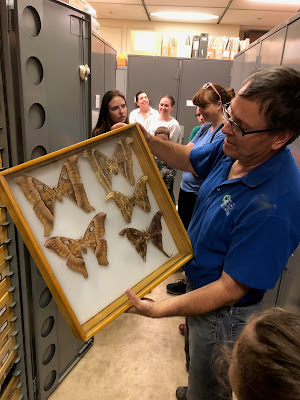 We didn’t stay there too long before we were on our way to one of Dr. Clark’s favorite collection sites, up past Vivian Park in Provo Canyon. Dr. Clark freely shared his knowledge of insects. We learned that there are as many species of insects as there are all the other species of animals in the world combined!

Once we made it to the collection site, Dr. Clark demonstrated how to collect the bugs with nets, and then preserve them in alcohol. 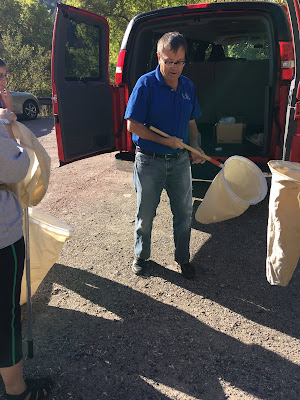 The first catch of the day was a European Mantis. They aren’t native to Utah. As their name suggests, they made their way over here from Europe. Some other noteworthy catches included: Crab Spiders, Damsel Flies, Millipedes, a Plant Hopper, Paper Wasps, Water Skeeters and a Chrysomelid Beetle. The most interesting catch was a Blue Mud Wasp. When a patron discovered it in their net, Dr. Clark fearlessly reached in to pull it out. With the patron’s permission, Dr. Clark took it with him and the wasp is now a part of the museum’s research collection. 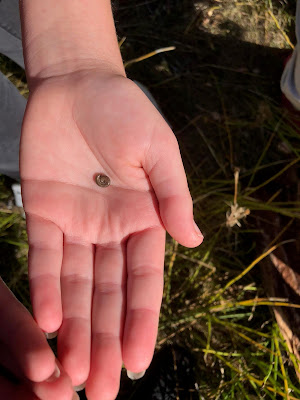 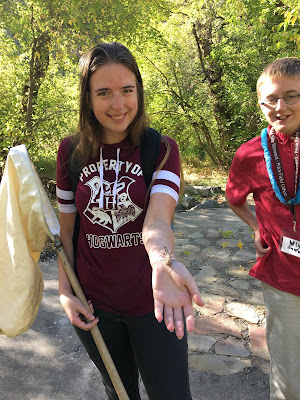 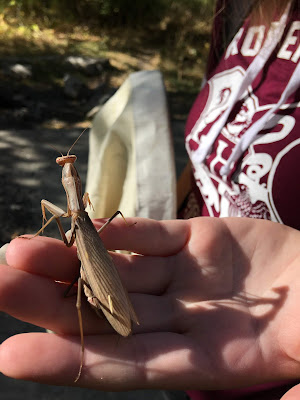 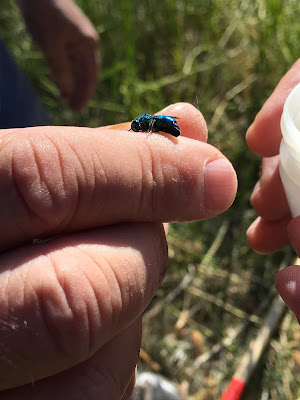 Insects aren’t the only thing we learned about while out in the field. Dr. Clark taught us about watercress, a plant that has sparked scientific debate. It is widely accepted to be native to Europe and Asia, but scientists aren’t sure if it is native or invasive in North America. Dr. Clark believes it is native, because there is a species of beetle, that is native to North America, that only lives in watercress. To Dr. Clark, it doesn’t make too much sense for a trait like that to have evolved in the short span of a couple of hundred years. 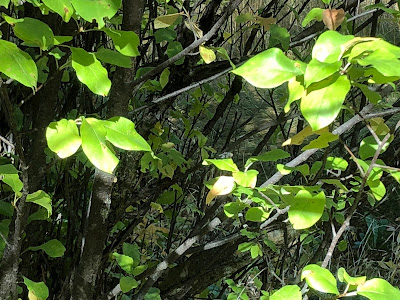 In total, we only saw a tiny fraction of the insect and arachnid collection that Dr. Clark manages. There are over 2 million specimens in the museum's collection, including the world’s largest collection of stoneflies! It takes a long time to grow a collection that big. We're grateful for Dr. Clark for managing the collection and for sharing his knowledge with us! 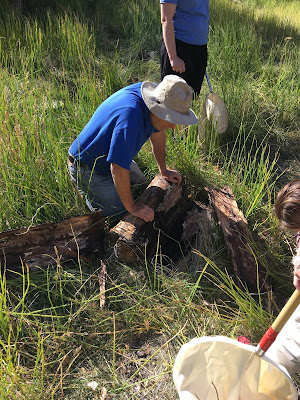 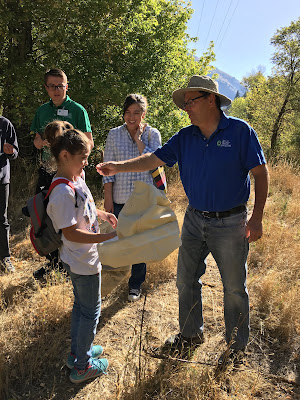 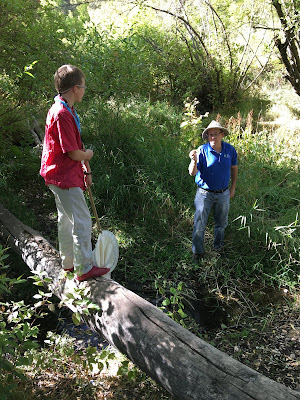 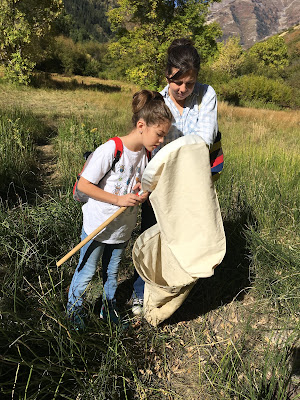 Posted by Bean Museum at 3:48 PM No comments:

This past Saturday, 25 people had the fantastic opportunity to go birding with Merrill Webb. As part of our Nature Experienceship programs, we traveled to Antelope Island early in the morning. This is an excellent area to bird watch, as the brine shrimp and brine flies are a great source of food for many varieties of birds. The Great Salt Lake is home to many millions of shorebirds, waterfowl, and other migratory birds throughout the year. 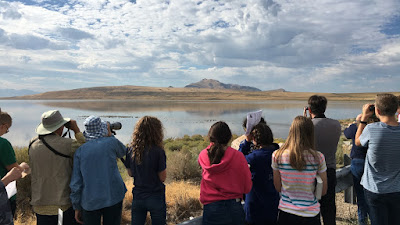 We didn’t even make it over the long bridge to the island before we had to pull over and admire the conglomeration of birds along the water’s edge. And, of course, to listen to the fabulous Merrill Webb identify and tell us everything that we could possibly want to know about them. He is truly a joy to experience these birds with. It was obvious how much he knew about them and how much passion and love he felt for them. 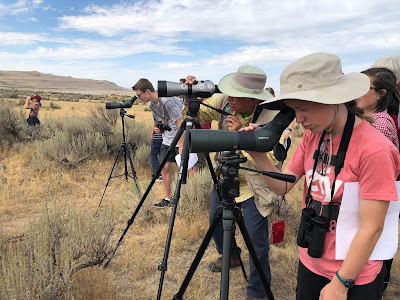 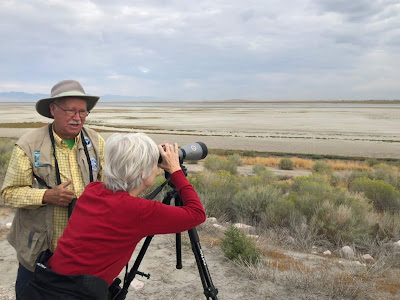 It was a beautiful sight to see thousands of birds swimming, diving, and flying close to the water in the morning sun. There were so many different kinds, some in their own exclusive groups and some intermingling freely with one another as they all fed in the shallow water. We saw shovelers, grebes, ibis, coots, stilts, avocets, sandpipers, curlews, and gulls all gathered in the shallow water. We were lucky enough to spot a rare willet, a large shorebird with distinctive and striking black-and-white wings. 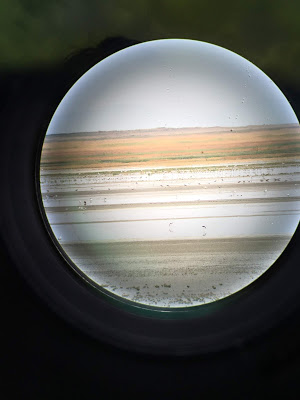 Birds through a scope 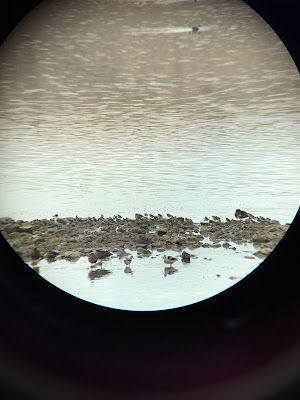 Later on, once we reached the island, we used spotting scopes to admire a family of burrowing owls. We even saw one keeping a watchful eye over the horizon. Finally, the day was capped by visiting a hay barn where a great horned owl was resting and hiding from the midday sun. It wasn’t until we drove away that we saw another sleepy-looking horned owl perched in the rafters on the other side of the barn, directly above where we were.
All-in-all, it a very productive and worthwhile day for everyone involved. I would absolutely go again, as I’m sure anyone else who was lucky enough to be a part of this trip would. If you’re interested in a nature experienceship like this, be sure to check out our calendar! 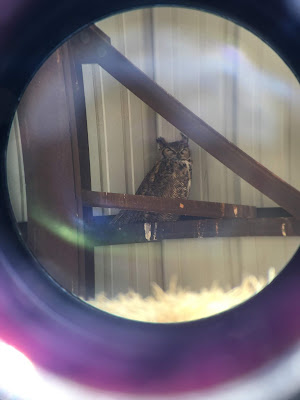 Great horned owl through a scope 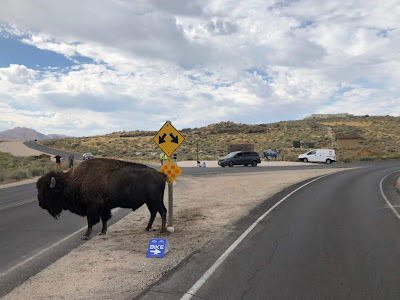 We even spotted an American bison scratching itself on a signpost!


All-in-all, it a very productive and worthwhile day for everyone involved. I would absolutely go again, as I’m sure anyone else who was lucky enough to be a part of this trip would. If you’re interested in a nature experienceship like this, be sure to check out our calendar!
Posted by Bean Museum at 4:09 PM No comments: