The Wild Edibles Nature Experienceship was a huge success! Tom Smith delivered his plethora of knowledge about the plants of Utah throughout the class and there was a lot to take in. We began the day in the JFSB in a classroom made specifically for the teaching and learning of culinary skills. Tom began by explaining some native Utah gems that he personally used throughout the year. The biggest hit and most versatile was acorn flour. The group got to taste homemade acorn flour cookies with chocolate chips and pine nuts, which were incredible! He also talked about some essential oils that he makes from sagebrush and pine trees by distilling them and creating a paste for easy application. 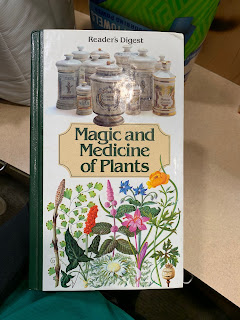 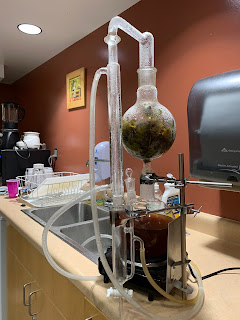 Afterward we hit the grounds of BYU to discover some edible plants on campus! We explored around the Thomas L. Martin Building, Carl F. Eyring Science Center and the Life Sciences Building. It was very exciting and tasty, we tried all kinds of needles, berries, flowers and leaves! It was the perfect atmosphere to absorb all of Tom’s interesting facts and ask as many questions as you would like. 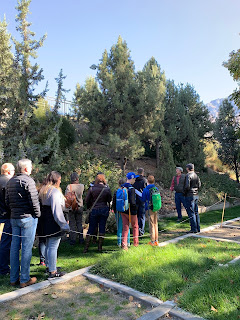 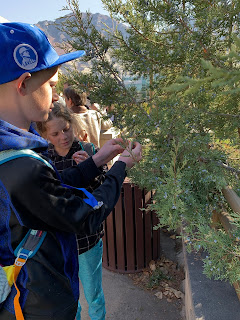 After our excursion, and with the little space left in our bellies, we arrived back in the kitchen to cook some of the very plants we saw on campus! We feasted upon elderberry nectar on ice cream and cheesecake and a yummy purslane root casserole (something you could use to replace green beans at Thanksgiving!). Tom also introduced us to a little bit of his background in the Alaskan fishing industry and dished out some salmon cream cheese dip and cooked salmon seasoned with juniper! Lastly we got creative and munched on acorn crackers, raw cacao nibs, mint jelly and sumac tea (a personal favorite). 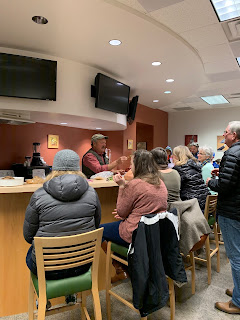 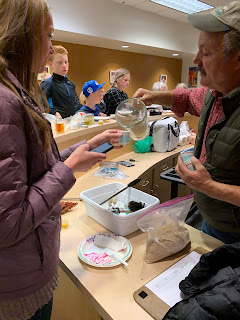 Everyone had pen and paper ready throughout the whole event, Tom was full of knowledge for these hungry, passionate, nature enthusiasts. Our group ranged from elementary aged to adults and there was something for everyone. The best part was everyone was surrounded by others who had a strong interest in the culinary and medicinal use of plants, so there were lots of ideas shared around the room. With Tom’s approachable nature and dry humor, the atmosphere was the perfect place to embark on your desire to become more in touch with the world around you or to propel you forward with new ideas and tips to apply to your established practice. We could not have done it without Tom and we had a great time with all of those that participated! 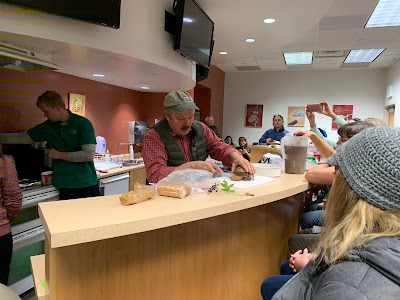 This past Saturday, a group of excited insect lovers gathered at the museum to learn from insect expert and Bean Museum collections manager, Shawn Clark. All week there had been thunderstorms predicted for that morning but luckily, we ended up with no rain, and instead had some cooler weather and a beautifully cloudy sky.

After spending a little time getting to know each other and discussing why insects are important to ecosystems and the biodiversity of our planet, we all loaded into a van and headed down to Hobble Creek. Once we arrived, Dr. Clark brought out all his insect collecting equipment and taught us how to use various methods to collect insects both on land and in the water. 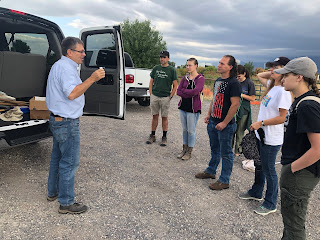 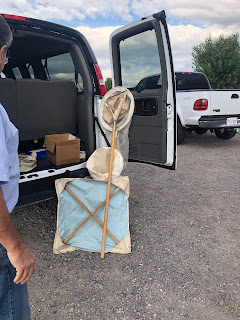 After the quick demonstration, participants were able to pick whichever method they preferred and went off to see what they could find! Luckily, Dr. Clark was always nearby to help identify species and provide various information about what we were collecting. 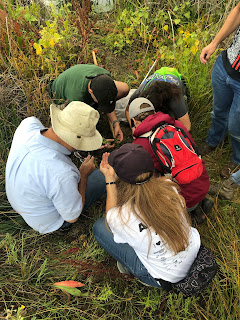 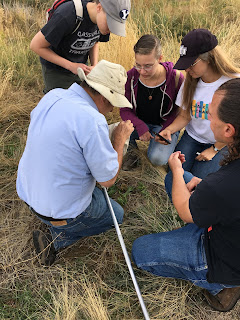 After a while, Dr. Clark gave us another demonstration on how to collect water insects. We even caught a fish! Although, unlike the insects we collected, we quickly photographed the fish and then put it back in the water. 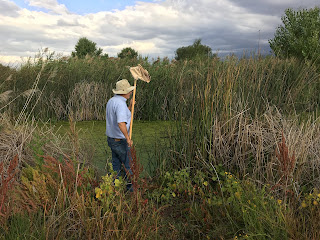 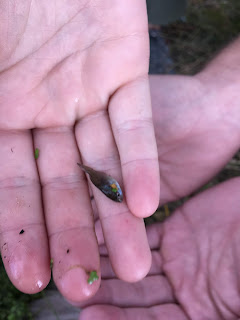 Overall, we had a pretty successful day of collecting. Our group of primarily high school students and their parents were most excited to find a couple praying mantises and some dragonfly larvae. 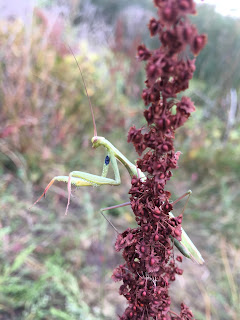 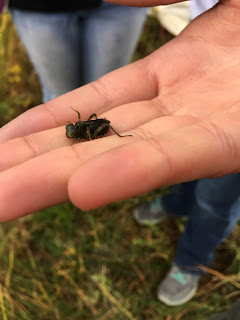 Participants of this Nature Experienceship also had the unique opportunity to preserve the insects they found so that they can later be added to our research collections. These specimens gathered by our participants on this trip will be used by many scientists from around the country for years to come. 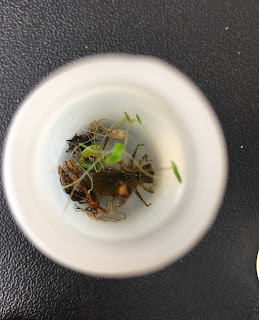 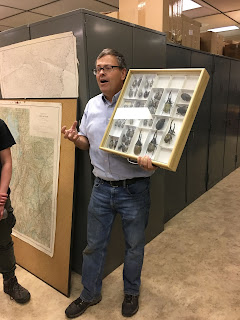 After we had all had our fill of collecting, we loaded back into the vans and made our way to the museum so that we could take a tour of the entomology collection of the museum that these specimens would be added to! Participants could ask to see any kind of insect they wanted and Dr. Clark immediately knew where to find it (even among the thousands of specimens housed in our collection). We looked at various beetles, horseflies, and tarantulas (even though tarantulas are arachnids and not insects). One of our high school participants even happened to be one of Dr. Clark’s volunteers who works in the collections, and she showed the rest of us her favorite butterflies in the collection. 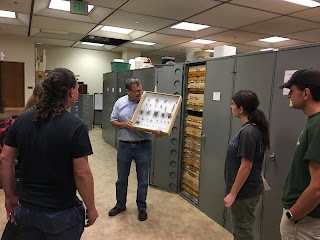 Overall, we had a great day and want to thank Shawn Clark for taking the time to teach us all about insects and how they are collected and used for research!