At 10 am on Saturday, October 25, Amanda Owen and five college students piled into a university van and hit the road to go see a flesh eating beetle colony. I must admit that I wasn’t sure what to expect. Was this going to be like a scene from The Mummy? What if they escaped and started eating the students? And what on earth was a colony of flesh eating beetles doing on BYU campus?

As it turned out, there was nothing to worry about. The flesh eating beetles (aka Dermestid Beetles) are tiny – just smaller than a housefly – and it isn’t even the beetles that eat flesh. It is the larva. Once they turn into beetles they only live for a few days, just long enough to lay eggs, and then they die. Their entire life cycle only takes 45 days!

The colony lives in several small terrariums in a dark humid room at the old BYU stables. The Bean Museum uses them to clean the flesh off the bones of animals. The beetles actually get the bones cleaner than boiling or bleaching would and they leave the entire skeleton intact. Even the smallest vertebrae on the tail of a mouse is still attached to each other by the time the beetles have finished with them! And as for the problem of the beetles escaping, that is easily solved. Occasionally they do find their way out of the cage but they are attracted to water. Amanda told us that all you have to do is leave a small cup of water on the floor overnight and by the next day all the beetles will have come home.

After we finished looking at the beetles we traveled back to the museum where we took a tour of the mammal collection and learned about how animals are collected, prepared and cataloged. Amanda showed us some different animal skulls and let us guess what type of animal they came from. Then we looked at a Kangaroo Rat and we even got to hold a Kangaroo Mouse that lives at the Museum. Amanda also showed us some of the more unusual animals that are housed in the collection, such as a vampire bat, and echidna and a duck billed platypus.

Overall, everyone had a good time, learned something new, and gained a new appreciation for creepy crawlies. 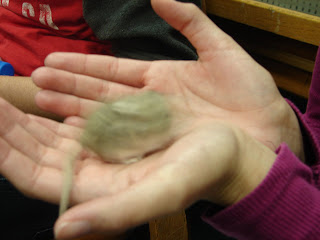 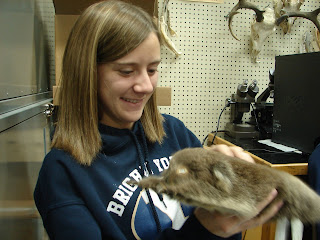 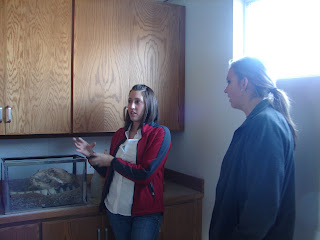 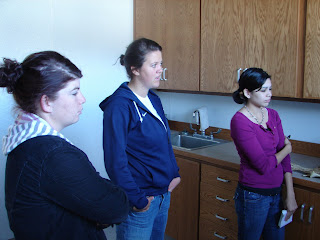 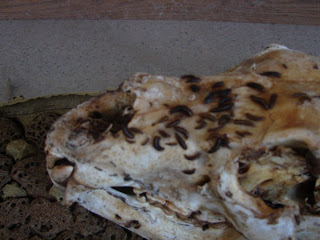 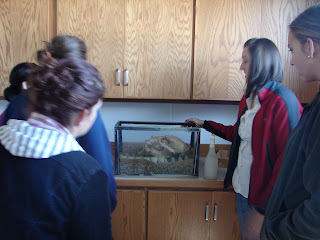 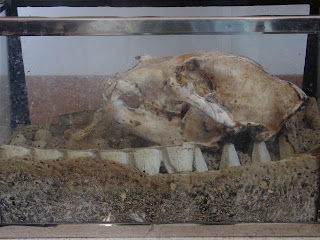 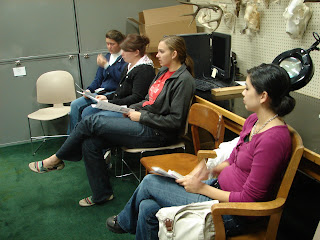 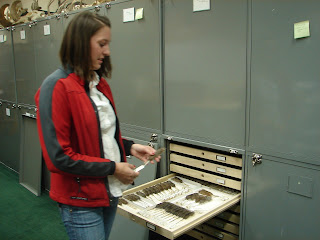 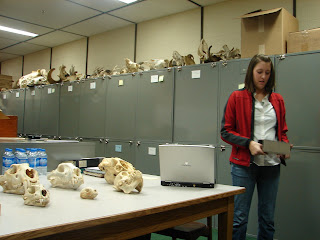