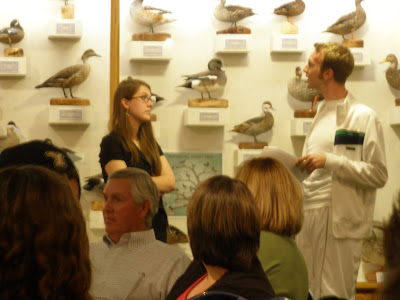 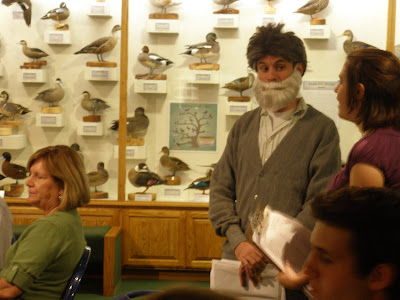 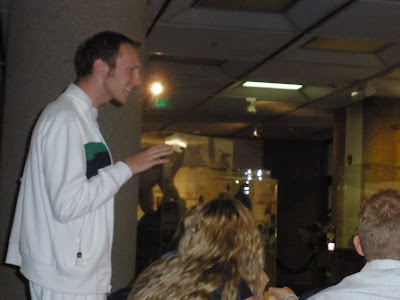 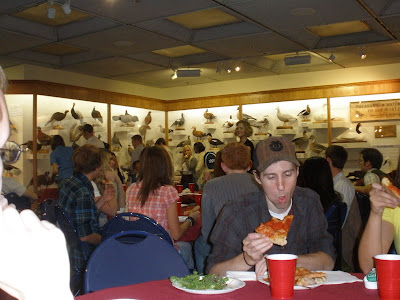 It was a night with murder! Our Halloween Date Night “Murder Mystery Dinner Theater” was a blast for all those involved. The couples in attendance had the opportunity to interrogate suspects and reveal who they thought was the murderer. Was it Professor Bunsen or was it Sir Hamish Hogwash. Perhaps it was Gigi Sparkle or Lading Fading. If you were in attendance you found out that it was the person you least suspected. We had pizza and pumpkin pie. Absolutely delicious! After the show we were delighted with yet another Scary show…this time it involved scary animals. We learned about wolves, owls, bats, and ravens along with the folkloric traditions behind each animal. For those couples who stuck around after both shows, we were delighted to be given a tour of the museum by Matt Meese. All in all, Date Night was a great success. If you missed out this time around, make sure you sign up earlier for the next date night during the winter semester!

Michael, museum educator
Posted by beanwebmaster at 9:50 AM No comments:

The Saturday Safari kids and I had a blast this past Saturday as we became pirates of the Caribbean! We set sail on our high seas adventure by starting the day talking about all the different varieties of fish you can in the Caribbean! We then let our imaginations run wild as we all designed our very own fish with water colors. No pirate is complete without eye patches and a pirate flag, so each of us made an eye patch and designed our very own flag. Now we looked like real pirates. As the day progressed, we did fun activities and games, all the time learning about the different types of animals that live in the Carribean. The highlight of our pirate day Saturday Safari was Black Beard’s treasure hunt. The kids worked together to solve animal clues that took them all over the museum. In order to be given some of their clues they had to give themselves pirate names and walk the plank. In the end, the kids found their treasure (lots of candy) and were ready to call it a day. There is always something happening at Saturday Safari, so what are you waiting for you scallywags come join us next time!!!

Katie, Museum Educator
Posted by beanwebmaster at 8:50 AM No comments: