Here at the Bean Museum, we have been greatly blessed with some fantastic team members. Our educators, animals, and full time staff members work so hard to make the museum as awesome as it is. Today, we want to highlight one of our newest additions to our team: Reggie the Corn Snake! Named after Jock Lindsey's pet snake in Raider's of the Lost Ark, Reggie is an adventurous, active little reptile. Similar to albinism, Reggie is amelanistic, which means his body doesn't produce pigments called melanins. This creates the pink, orange, and red coloration of his scales. In the wild, these snakes are often found in corn fields in the Eastern and Central United States where they prey on the mice that live there. Reggie's favorite place though is right here at the Bean Museum, under his favorite log.

Welcome to the family, Reggie! 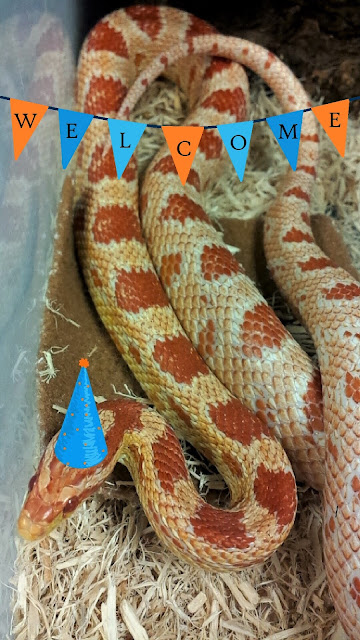