Our group of eager birdwatchers arrived at the Bean Museum bright and early Saturday morning, many with binoculars in hand! Birding expert Merrill Webb helped us test our spotting scope with an excellent view of the morning’s harvest moon before we piled into vans and headed to Antelope Island.


The morning was a bit chilly, but that didn’t stop us from getting out to look for birds as soon as we arrived at the park entrance. We sighted several species including House Sparrows, Lesser Goldfinches, and flying in the distance, a small flock of White-faced Ibises. 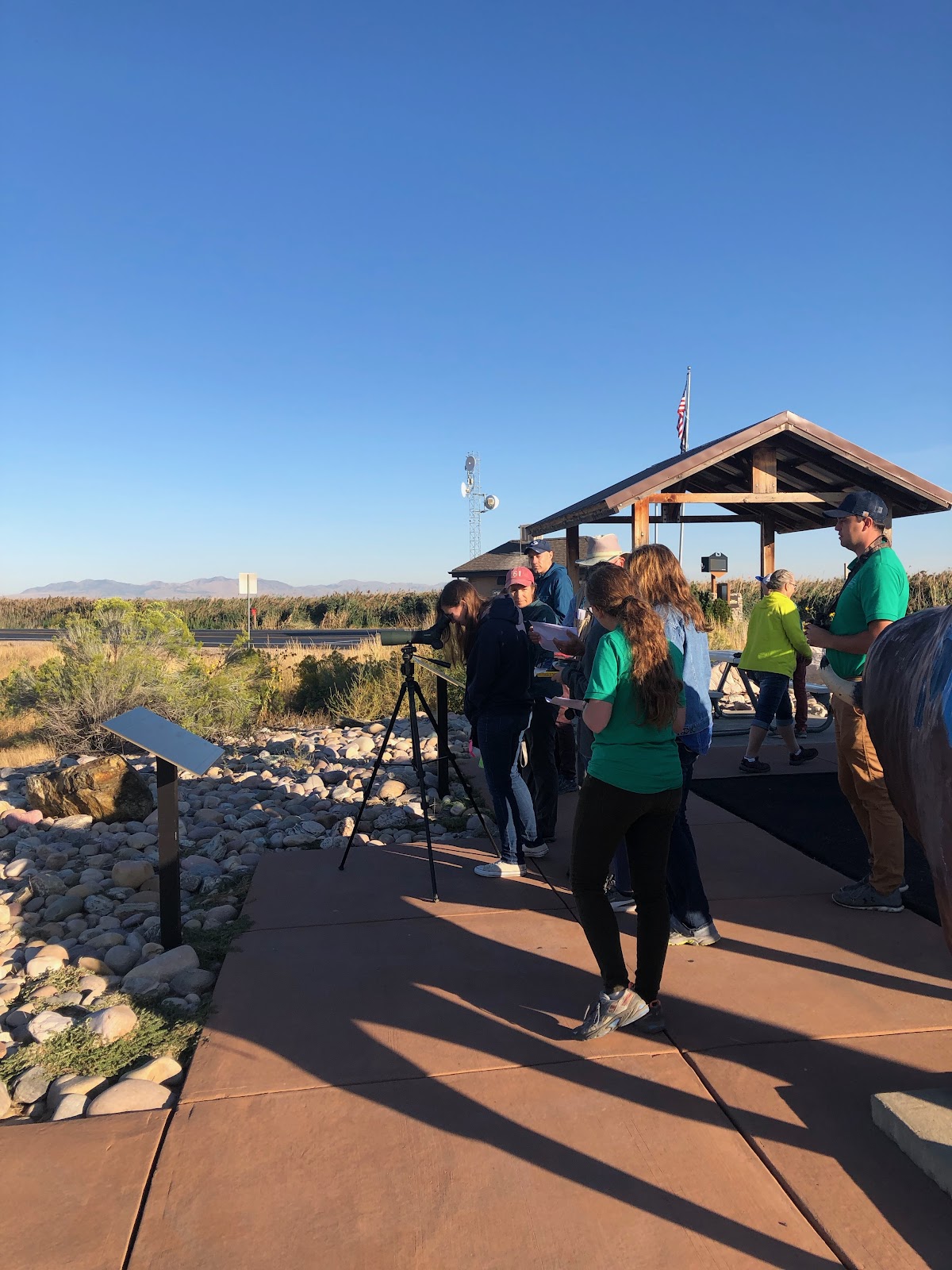 The Antelope Island Causeway offered some excellent spots where we could pull off and view waterfowl and shorebirds, and on the drier side of the causeway, we spotted one of the group favorites—a Peregrine Falcon perched on a rock. When we turned our attention back to the water, Mr. Webb taught us to identify American Avocets in their black-and-white non-breeding plumage, and showed how to distinguish them from the similarly colored Black-necked Stilt. As we observed a large flock of avocets and stilts, all the birds suddenly took to the sky! To our surprise, they weren’t startled by the falcon we’d spotted earlier, but by this strange “bird”: Once the paragliders came through, the birds cleared out pretty quickly. It was beautiful to watch the shorebirds flying off along the surface of the water, but we had to move farther down to find them again!

As we drove along the causeway, we spotted more unique species, including Canada Geese, Northern Shovelers, and at least two species of seagull. Mr. Webb showed us how to recognize a small shorebird called a phalarope by its characteristic feeding behavior of spinning in circles as it swims (this video from the Cornell Lab of Ornithology is an excellent example: https://youtu.be/rLChds_dJVI). We also watched this spotted sandpiper bobbing his tail as he foraged along the rocks. Inland on Antelope Island, we were ecstatic to find three Burrowing Owls! We had a fantastic view through our spotting scope—we could see every detail of their bright yellow eyes as they watched us right back. We found another owl species roosting in a hay barn, recognizable by the familiar ear-like tufts that give them the name Great Horned Owl. And with that, we wrapped up the trip having sighted at least 30 unique species of birds as a group! Many thanks to Merrill Webb for leading us on our birding adventure!