We started the Experienceship near Squaw Peak where Dr. Rogers had set 40 animal traps. He explained the population dynamic of the mountain and predicted we should find about 4 trapped rodents, most likely all deer mice. After opening and releasing at least 15 traps with mice and voles Dr. Rogers talked about population studies and his research in how rodents carry and transfer diseases to humans.

Back at the Bean, we saw the mammal collection, and for those who stayed Dr. Rogers, with his bare hands, dissected and stuffed a roadkill squirrel he had picked up the day before. He was un-phased by the operation, averaging 250 dissections per year, and having stuffed a black bear before had no reservations about the flattened squirrel. It was an amazing behind the scenes opportunity, thanks so much to Dr. Rogers! 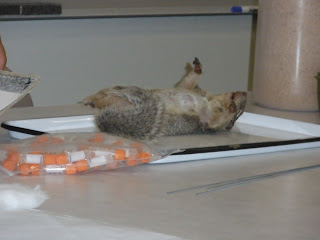 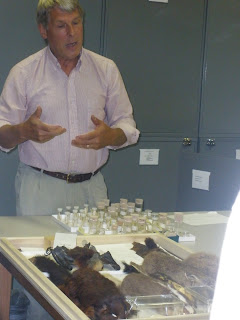 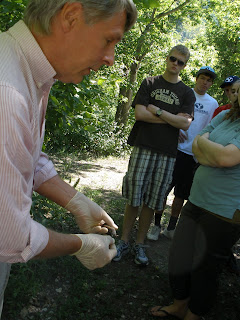 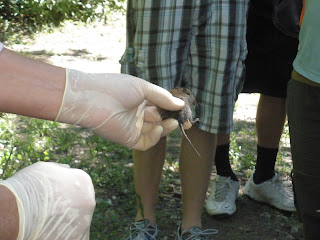 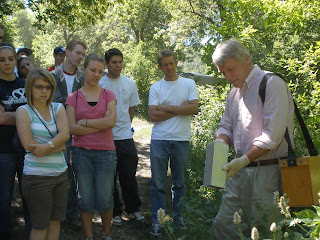 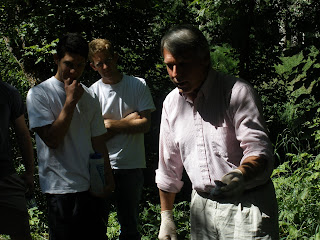 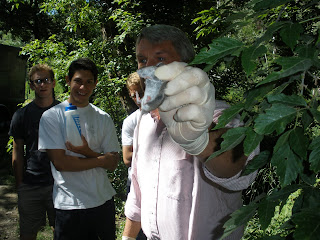 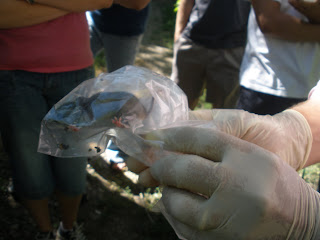 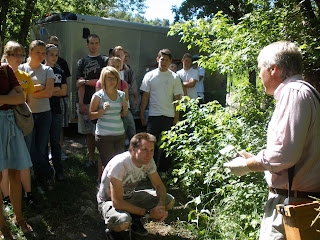 Posted by beanwebmaster at 1:45 PM No comments: