The adventure began on Tuesday when the young explorers came to the museum to learn the basics behind caves. We learned about the different types of caves, the many ways in which they can be formed as well as some of the animals that can be found inside! The kids even got to meet some of the museum’s live creepy crawlers to help them learn about cave insects!


After the lesson, things got a little batty as the kids decorated their very own flying bats and then got to work on their echolocation skills in a bat-themed game of marco polo (also known as “eek squeak”)! 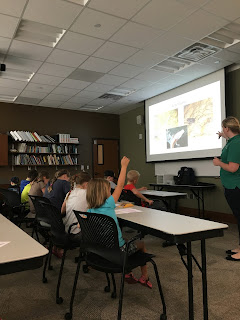 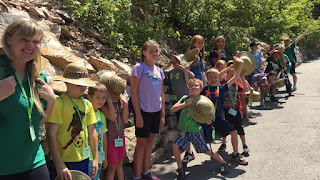 Thursday’s trip began at 12:00pm, when our adventurers made their way to the trailhead of Timpanogos Cave. It was a warm day, but the cool breeze made it the perfect temperature for an adventure!

The hike was steep and stretched on for about a mile and a half, but the kids were determined to make it to the top!

After a little over an hour of hiking, we finally made it to the entrance of the cave! Upon entering, we learned that the oils in our fingers can do damage to the various cave formations and were very careful not to touch or break anything.

On the cave tour, the kids got to see firsthand the many different geological processes that we had talked about on Tuesday and they were very eager to learn more about caves from Ranger Curtis!

At the end of the day, our feet were aching and our bellies were hungry, but it’s pretty safe to say that everyone made a few special memories! 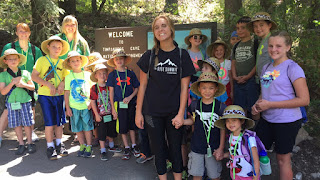 If you’re sad that you missed Cave Crawlers, make sure to join us for our Wildlife Adventure programs next summer! You can also visit the Bean Museum Monday through Friday 10-9 or Saturday 10-5 for some free educational fun!
Posted by Bean Museum at 8:00 AM