Birds, birds, and more birds! This past Saturday, as part of our Nature Experienceship, we had the opportunity to go birding with the wonderful Merrill Webb. The day started early as we headed down to Farmington Bay, a waterfowl management area in Farmington, UT. As soon as we were there we spotted our first bird, a Snowy Egret. From then on we were able to spot a lot more species. Our first location at Farmington Bay was a nice little lake where there were hundreds of birds. We spotted more Snowy Egrets as well as some pelicans and avocets feeding, which was quite the sight. We also were able to spot a beautiful Great Blue Heron and a group of Great Egrets. Dr. Webb did a great job helping us spot lots of birds as well as help us identify them. With the help of some guide books, everyone became experts at identifying all of the birds we were seeing.
After spending some time looking at and identifying all of the birds on the water, we headed farther into the management and stopped at a place called Egg Island. On our way to Egg Island, we were able to see a few more birds including a bird of prey, the Northern Harrier. Egg Island isn’t really an island, but it’s hill where you can see birds on all sides, it was the perfect spot to find some birds. Once we were on Egg Island, we began spotting and identifying even more birds. To the left of us were thousands of ducks on a lake. They were too far away to really identify and their winter plumage made it that much harder, but we were able to identify the Ruddy Duck from the group because of its stiff-tail. Through the scope on the right of us we could see some gulls and sparrows and we even saw some wooden ducks that hunters had put up. After some time looking at all of the wonderful birds, we decided to head out and stop by one more place
We left Farmington Bay having seen 29 bird species and hoped we could find one more to make it a perfect 30. Dr. Webb took us to a nice place called Powell Lake in Lehi, UT in search of our last bird species. Unfortunately, there weren’t very many birds at Powell Lake, except for the Mallard, but right as we were leaving we saw one more bird fly over head that we were able to identify as the California Gull. And with that, we had spotted 30 different bird species just in one morning. It was quite the day for both the beginner and the more practiced bird watcher. If you’re interested in learning more about the different Nature Experienceships and learning opportunities that we offer at the museum check out our website or sign up for our mailing list on the right side of this page! You won’t want to miss out on our next adventure! 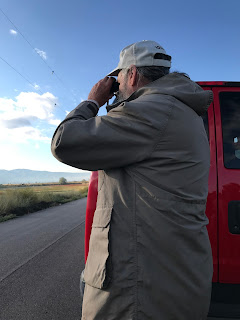 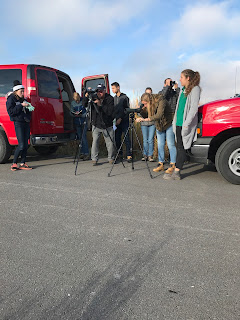 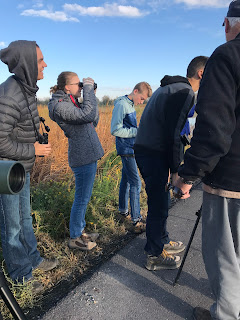 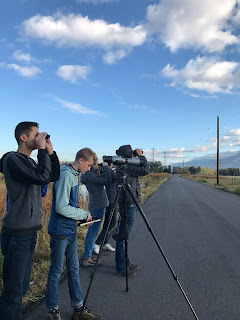 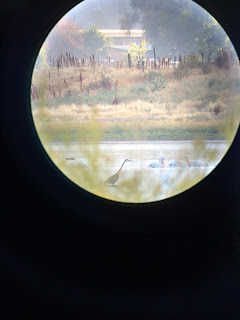 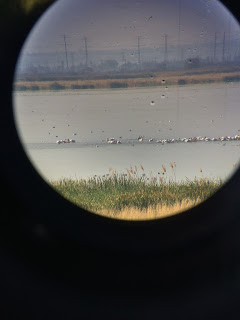 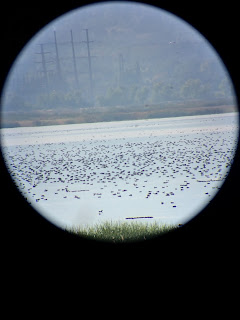 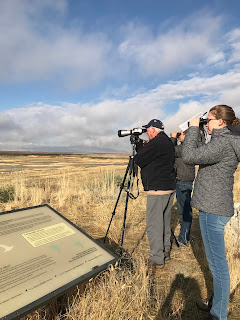 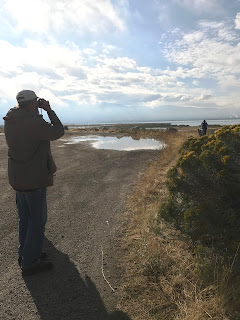 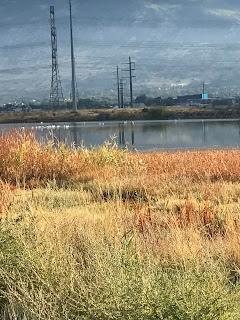 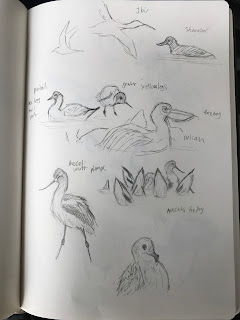