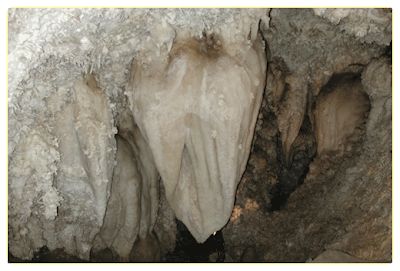 This week for Wildlife Adventures we climbed up to Timpanogos Cave. Not only was it a great workout for our calves but we learned a lot about the Cave too! Timpanogos Cave is actually made up of chambers and they are Hansen Cave, Middle Cave, and Timpanogos Cave. Our guide showed us all the different mineral flows that are found inside the cave. There were some that looked like Popcorn, Straws, Bacon and even a Camel! At the end of the tour we stopped at a spot and we were told the Legend of Timpanogos Cave. The Legend says that a long time ago a girl was sacrificed and she formed the Mountain and that you can see her heart in the Cave! Of course this is all a legend that was written for the Timpanogos Story Telling Festival and none of it is true.