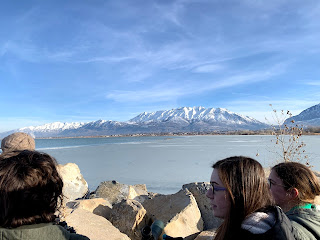 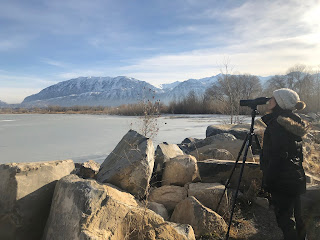 Before the sun even rose, patrons gathered with birding expert, Merrill Webb, in the parking lot of the Bean Museum. Rising before the sun was key to see the species we were hoping to spot: Bald Eagles. Our nation's symbol can be seen in Utah during the winter when the eagles fly south from Alaska and Canada to roost. The best viewing time for these rapturous raptors is during the month of February. 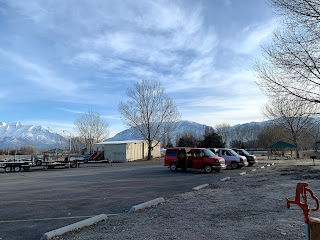 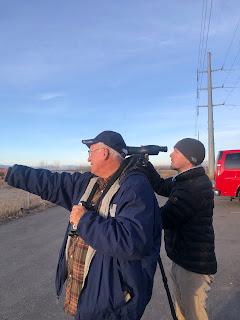 Driving out to Palmyra, Utah, the group stopped at a known roosting site, and immediately spotted a subadult Bald Eagle in it’s nest. These hunters leave their nests at sunrise to begin hunting, and we were able to watch this one take off in search of food. Three other eagles were spotted in the area, flying, or occasionally landing in the trees.

Continuing the drive, several different bird species were spotted from the vans, including American Kestrels, Red-tailed Hawks, European Starlings, Black-billed Magpies, and Great-tailed Grackles. Pulling up by the airport, several Northern Flickers were spotted, and a tree full of the gorgeous red-bellied American Robins. 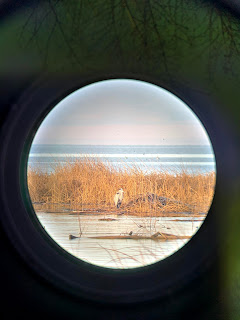 The next spot that was chosen was the shores of Utah lake. Right away, there were many different species of birds all around us. Red-winged Blackbirds flitted about in the trees; Grebes and Coots swam around in the water; and Canada Geese, Mallards, and an American Wigeon called out to each other from every direction. Excitingly, a Great Blue Heron rested directly across from us, about 15 yards away. Once everyone got out to see him, he flew a little further back, but we were still able to capture him in our scopes, binoculars, and cameras. 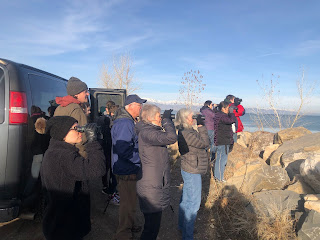 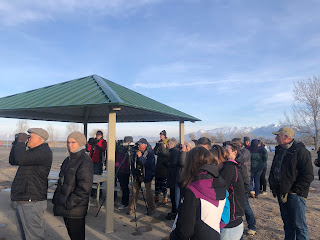 Moving along the lake, we were able to spot more gulls, more Canada Geese and Mallards, a Green-winged Teal, and five more Bald Eagles. Everyone was very excited to see more of the birds we had originally set out to look for, and we stayed watching them until it got too cold to stand it. 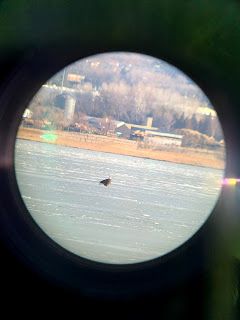 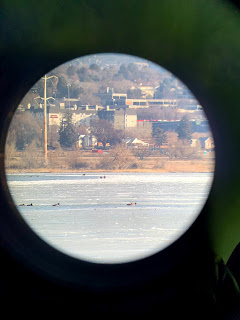 Finally, we took a short detour by the new Provo High to try and see some new species, and were able to spot some Song Sparrows and one Northern Harrier, before we headed back to the museum, everyone feeling excited about a morning well spent.