On Saturday, April 24th, we had the opportunity to partner with Provo City and Conserve Utah Valley in a project coined, “Purge the Spurge.” The hope of this project was to restore Slate Canyon through efforts such as picking up trash, cleaning graffiti, participating in citizen science projects, learning about the wildlife found in Slate Canyon, and various other activities. Volunteers from around Utah Valley signed up for different assignments and participated in the effort! It was great to see the community rally together to beautify and restore an important biological location. 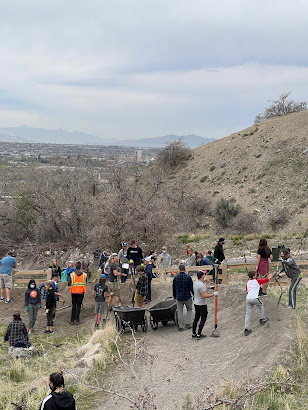 One of the Bean Museum’s main objectives was to provide education stations for visitors to view as they participated in their volunteer assignments. We had 4 different topics: The Identification station, the “Leave No Trace” station, a geology station, and a prize station. Each was prepared and run by one or two educators and included posters, animal mounts, rocks, and lots of other supplies to help volunteers learn. 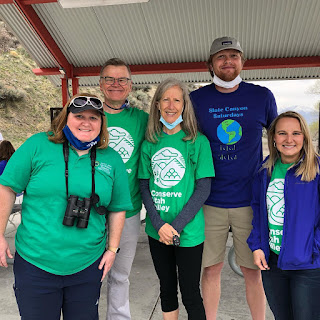 Brie was in charge of our Identification Station. With a variety of animal mounts, Brie talked with visitors about what kinds of birds and vegetation are commonly found throughout Slate Canyon. Brie said, “It was a lot of fun to see people of all ages coming with so much interest in Slate Canyon! They had a huge desire to learn about what kinds of plants and wildlife are in the area.” The Identification Station was a huge success! 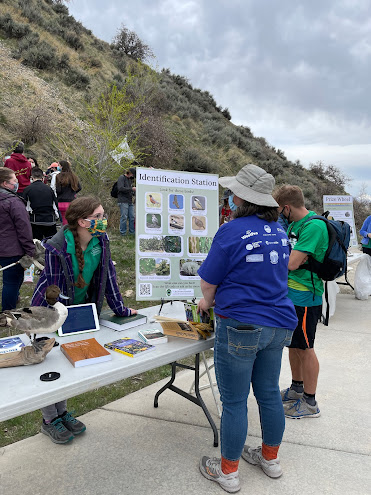 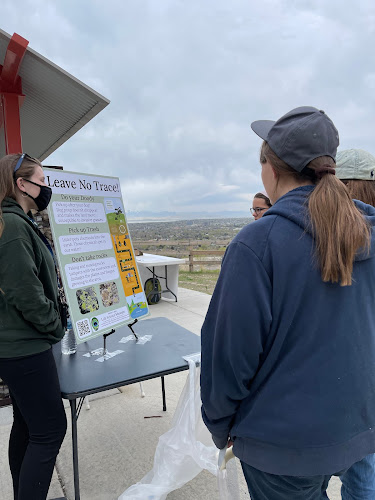 Marie ran our geology station and taught volunteers about the different kinds of rocks they might find in the canyon. She also talked about how canyons are formed. This was especially fun because we were standing right in the middle of the canyon, surrounded by all the rock layers. “Everyone loved learning about how the canyon was formed and about the three main types of rocks. It was also fun to see the kids try to identify the rocks I had on the table,” said Marie. The geology station, to put it plainly, “rocked.” 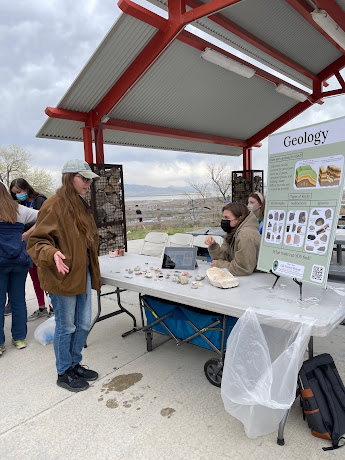 Once volunteers visited a station, or completed one of the tasks given by our educators, they could visit the prize station. Here they met with Maren and Alyssa, as well as a large beaver mount (a few dogs found this part of the table especially interesting). Volunteers were able to spin a wheel and won one of our own “bio-cards.” Kids and adults alike were excited to collect a bio-card of their own. 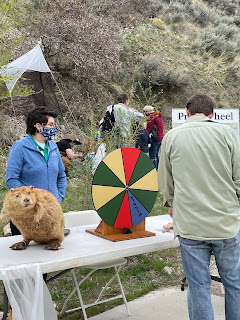 The event was a great success, and we were able to gather quite a few bags of trash, as well as survey different areas of the canyon. Citizen science projects were completed, and the canyon looked better when we left it. Educator Maren said of the event, “I was really impressed with the community turnout. It’s so encouraging to see how many people care about our corner of the planet.” Likewise, educator Alyssa said, “I thought it was a great event! I love the variety of projects they had, so that anyone of any age could participate and help out!” 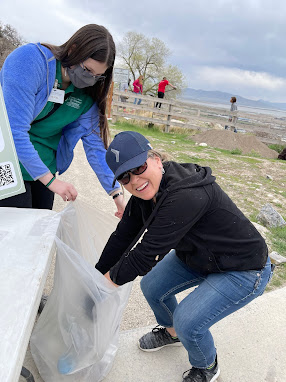 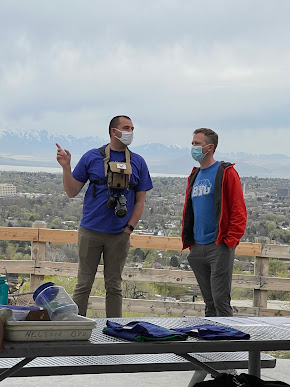 We want to give our thanks to the many organizers of this event, especially Provo City and Conserve Utah Valley. We are grateful we had the opportunity to be a part of this effort, and look forward to more similar projects in the future!