Monday, October 26th, was the Bean Museum’s Halloween Family Night. Patrons and employees alike dressed in their costumes and came to have fun. The night started out making “Creepy Crafts” where, under the direction of Becky, patrons could make fun Bat candy corn holders. The craft area was open all night, allowing everyone time to make one of the fun candy carriers. The special Halloween Live animal show was done downstairs several times, thanks to the hard work of Michael and Matt. With the lights in the auditorium dimmed, Matt showed the spooky specimens, while Michael provided the voice for the show’s Skull narrator. Due to high demand for repeat performances, the duo did several showings of the animals which included a Wolf, an Owl, and…. a PENGUIN. (It was terrifying.) They taught fun facts about the specimens including the idea that owls are believed to live where only ghosts live. The fun didn’t stop there though! Guests were able to take their picture with their choice of several specimens, such as a wolf, a raven, or a penguin. There was also a fun game to help search for Rosie! She left clues on several of the specimens, and patrons followed them (and the trail of spider webs…yuck!) in order to help find her. All-in-all, Halloween Night proved to be a great success. Everyone from families with young children, to families with grown kids came, and all smiled, laughed and learned together as we celebrated the spookiest season of the year! 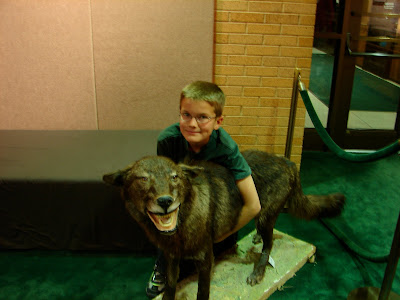 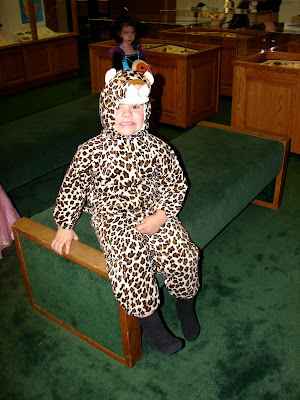