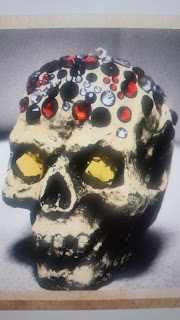 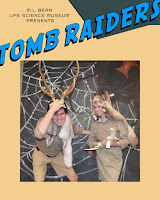 We decided to try to implement a new date night for winter semester at the Monte L. Bean Life science museum. We have had several ideas for the last few years, but none have stuck. Our Clue date night during the fall semester has been very successful and we have done it for the last several years and intend to keep doing it.

This years theme was Tomb Raiders. 30 couples came to the museum to have a wonderful dinner provided by BYU catering. We had Sweedish meat balls with string beans and bread sticks along with mashed potatoes.  Alfredo was also served for those who wished not to have meat balls. There was also chocolate and vanilla cake served for dessert. After dining was done all the couples were invited by a tall, moustached explorer to meet him downstairs in the auditorium.

There they met Cleopold Regiment the third, the explorer, Captain Reynolds, the captian of the ship that brought us to the tomb of the Count Monte L. Bean, and Madam Duvault, who funded our expedition. The objective for the night? To find the skull of the Count Monte L. Bean, guarded by his cursed servants the shadow guard! The couples would search the museum for six pieces of a map that lead to the crypt where the skull is found. They would have to test their skills in avoiding the shadow guard, their teamwork to the first mate of the captain as they worked together to weave through a room of lasers. This was to help them to avoid the shadow guard. Madam Duvault and her assistant had a safe with a piece of the map but lost the combination, it was spread throuhout the museum and once they found it the piece could be obtained. 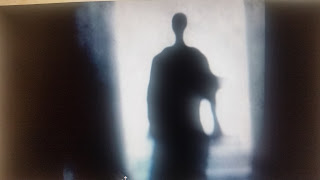 Cleopold suggested that the couples work with the "Locals" to help gather the pieces. The Mystic provided a maze, which was meant to keep out the unwise. If the wise could solve it they were rewarded with clues to map locations. An Old Hag tested their knowledge with riddles for clues. Shop keepers even helped as well. Coupled looked high and low and in plain sight as well as in dark corners to find everything. Most of the tomb was infested with the shadow guard, who if they caught a couple they would be sent to a secret location for a time till the couple could sneak away. A base was formed by Cleopold, Reynolds and Duvault that protected the locals and guestrs from the shadow guard, but everynbow and again they would build up their forces and attack the base for a short time, capturing as many as they could.

Once the six pieces of the map were found, those who had the map followed Cleopold Regiment the 3rd into the crypt where the skull lied. The Skull was found and the curse was lifted off of the tomb of Count Monte L. Bean.

We hope that if we get enough feedback from those who attended we could perhaps do this one again. 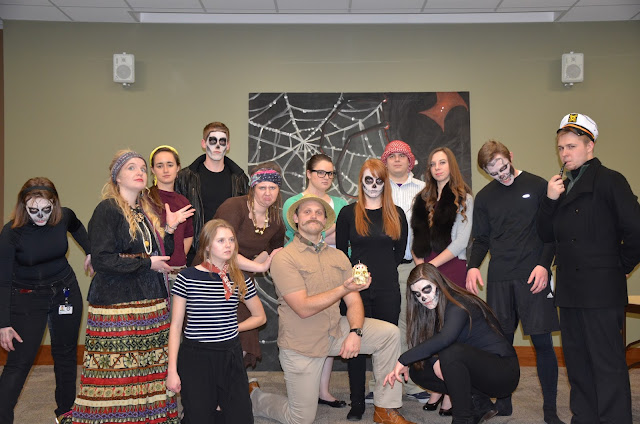