Wildlife Adventures this week rocked! Seriously. Our adventurers learned about how rocks are formed, what rocks are made of, the 3 types of rocks, and who studies rocks. On Tuesday we demonstrated how the 3 types of rocks are formed by doing an activity with crayon shavings. Sedimentary rocks are formed by weathering, erosion, and lots of pressure. Our campers made their own sedimentary rocks by getting different colors of crayon shavings and pressing and rubbing them until it became a "sedimentary rock". Igneous and metamorphic rocks are formed by heat and pressure, so with the help of some hot water, we were able to melt the crayon shavings together and let it cool. Once the adventurers understood how to identify the rocks, they went on a rock easter egg hunt to find rocks an try to identify the type of rock it was. Since fossils are found in sedimentary rocks, we also had the adventurers make their own fossils with air dry clay and dinosaur/bug toys.
Thursday was a fun field trip day. We explored the Eyring Science Center on campus. We were able to look at rocks, crystals, and some fossils. Each adventurer got a rock scavenger hunt so that they could find and check off things like "find a rock with something growing on it" throughout the day. After the Science Center we went to the Museum of Paleontology to see all of the fossils and skeletons they have from millions of years ago. Finally, we went outside to go on our own quest to find rocks. We hiked through rock canyon and along the Bonneville shoreline trail. Almost everyone completed their rock scavenger hunt, and three adventurers found the bonus: FOSSILS! It was a very successful field trip. 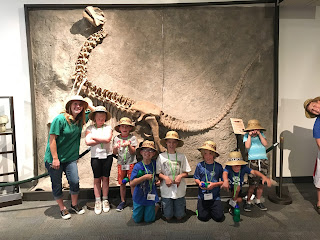 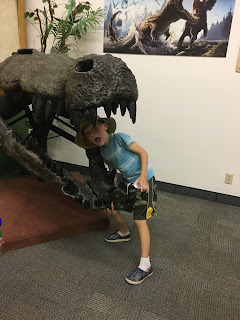 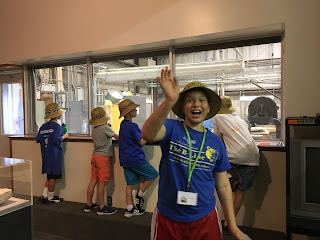 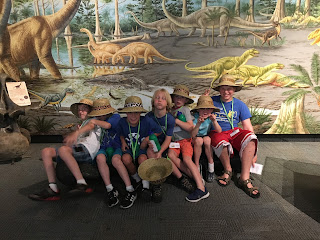 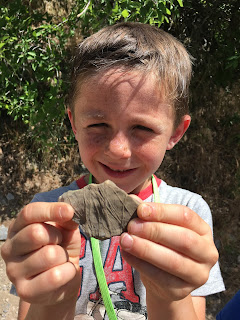 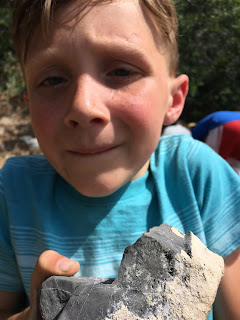 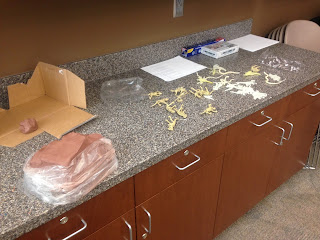 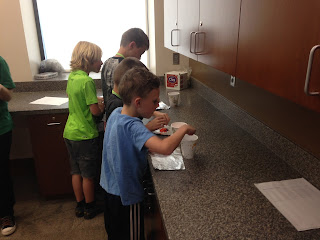