On January 29 and February 26, 2022, we had our first Bean Museum Trivia Night! For January we had trivia about Mandela Effects, Geography, and Mythological creatures. As participants came out of the elevator they were met with a difficult choice, which animal they wanted to have represent their team. With options including a hawksbill sea turtle, coral, and an eared grebe it was not an easy choice. As the questions began, participants were under the threat of Karl G. Maeser’s ghost as they scored themselves through the rounds. After totaling their points the winners were announced, earning the right to choose their prize from some of the best options left over from the store. Even though only three teams got to bring a prize home, everyone got a prize they could eat. The perfect consolation to those who lost, and an added bonus to those who won, donuts were available to all of the guests. 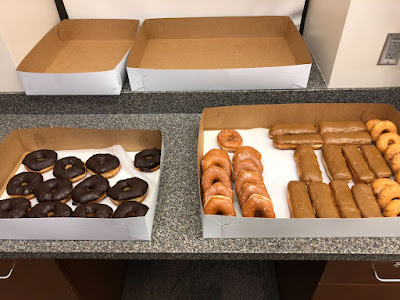 The February Trivia Night was just as successful. We focused on life science questions this time with rounds requiring you to identify animal sounds and close up animal pictures, determine if the image was a plant or if it was a fungus, invertebrate trivia, how to interact with animals and finally an animal fact kahoot speed round. This time there was a three way tie, meaning that those three groups in first place were able to choose their prize from some animal figurines or a bean fidget toy. The winners of the kahoot round were also able to choose a prize. We had table mascots again, but this time there was a small write up to teach the groups about the animal they chose to represent them. Of course we had to follow it up with donuts again, as they were a big hit at the first trivia night. Kahoot Winners: 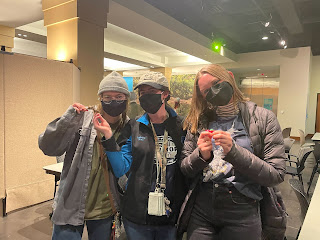 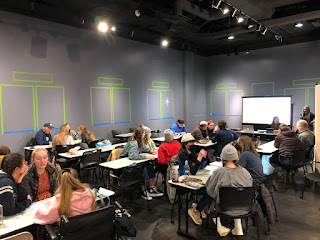 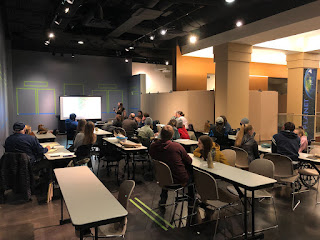 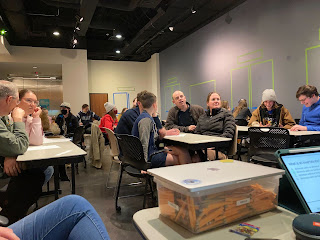